When thinking about someone creating havoc by manipulating and breaking into complex programming codes. Do the words Hacking, Hacktivism, Hackathons conjure up your mind? Hack and Act of hacking has taken on a new meaning in the past few years, both are continued to evolve.

“Hackers solve problems and build things, and they believe in freedom and voluntary mutual help.” A quote from Eric S. Raymond a famous hacker.

Hacktivism is technically defined as the use of computers and computer networks as a means of protest to promote political ends, this work is usually done by Whistleblowers. They are people who expose a person or organization that partakes in criminal behavior. Their social agenda is in the public interest.

WikiLeaks is the best example of hacktivists and whistleblowers, it’s the hardest to beat. Those who were exposed tried to argue that hacking is illegal and they hated it deep inside. Meanwhile, the mainstream audience loved it, because they were able to see what was being hidden from them, and eventually they were able to see it coming to the surface. 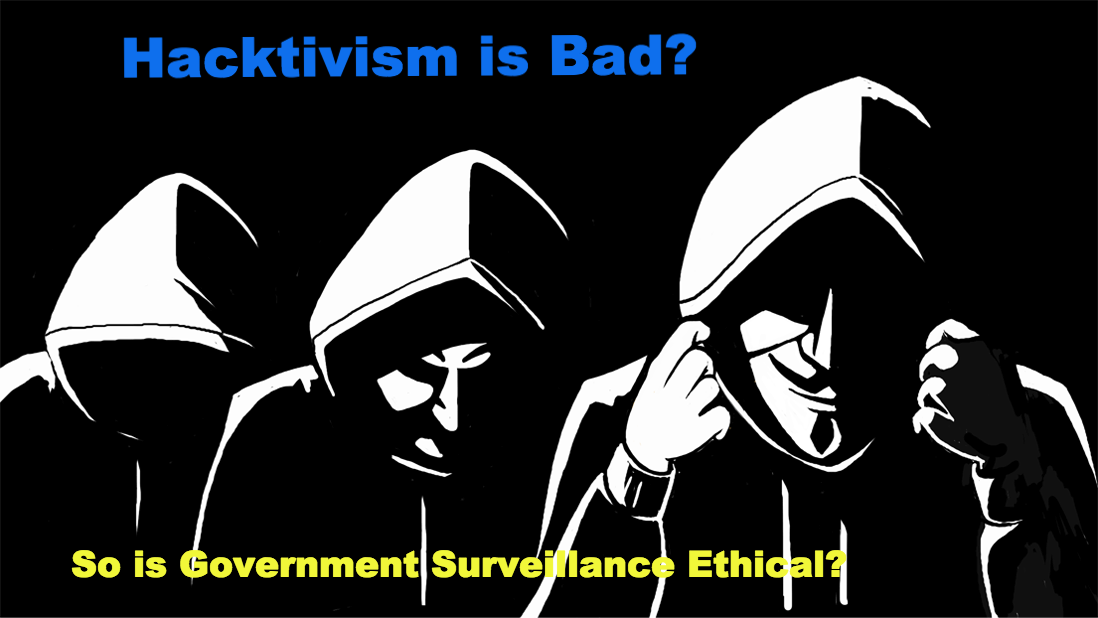 The first person to do so hacktivism was Julian Assange for his site WikiLeaks which released the video of Collateral Murder with the intention of exposing the unjust realities of the warfare (Khatchadourian, 2010).

And let’s face it, sometimes that is the only path to justice. Even Snowden’s actions — whether you disagree with him or not — led to some startling and relevant revelations about our government’s surveillance programs that otherwise may not have happened had he not broken the law (Benkler, 2011).

Also, Anonymous is a well-known hacktivist group, till this date they are active. They are well known for publicized distributed denial of services (DDoS) attacks on government, religious and corporate website. Even if the information is extremely decentralized, Anonymous are able to distribute it in a large quantity. This way they are able to keep operation running even if someone is arrested for what is deemed as illegal activity (Sands, 2016). The group has hacked social media accounts associated with ISIS, taken a stand against the KKK, and attacked major credit card companies for not accepting WikiLeaks donations (Jochem, 2015)

One of the target of Anonymous hacktivism was corporation. The leader or founder of Anonymous Hector Xavier Monsegur (Sabu) was arrested back in 2011, where he admitted that he was involved in the hacking companies like MasterCard and PayPal.

These complications are obvious for a dramatic change to political and economic order. It’s ethically complicated, but sometimes it’s necessary for justice to happen. Will it lead to a massive change in society? It has and it will continue to do so because all it really requires is a passionate person, Wi-Fi and a computer to make a difference in the world.

Benkler, Y. (2011). A FREE IRRESPONSIBLE PRESS: WIKILEAKS AND THE BATTLE OVER THE SOUL OF THE NETWORKED FOURTH ESTATE.