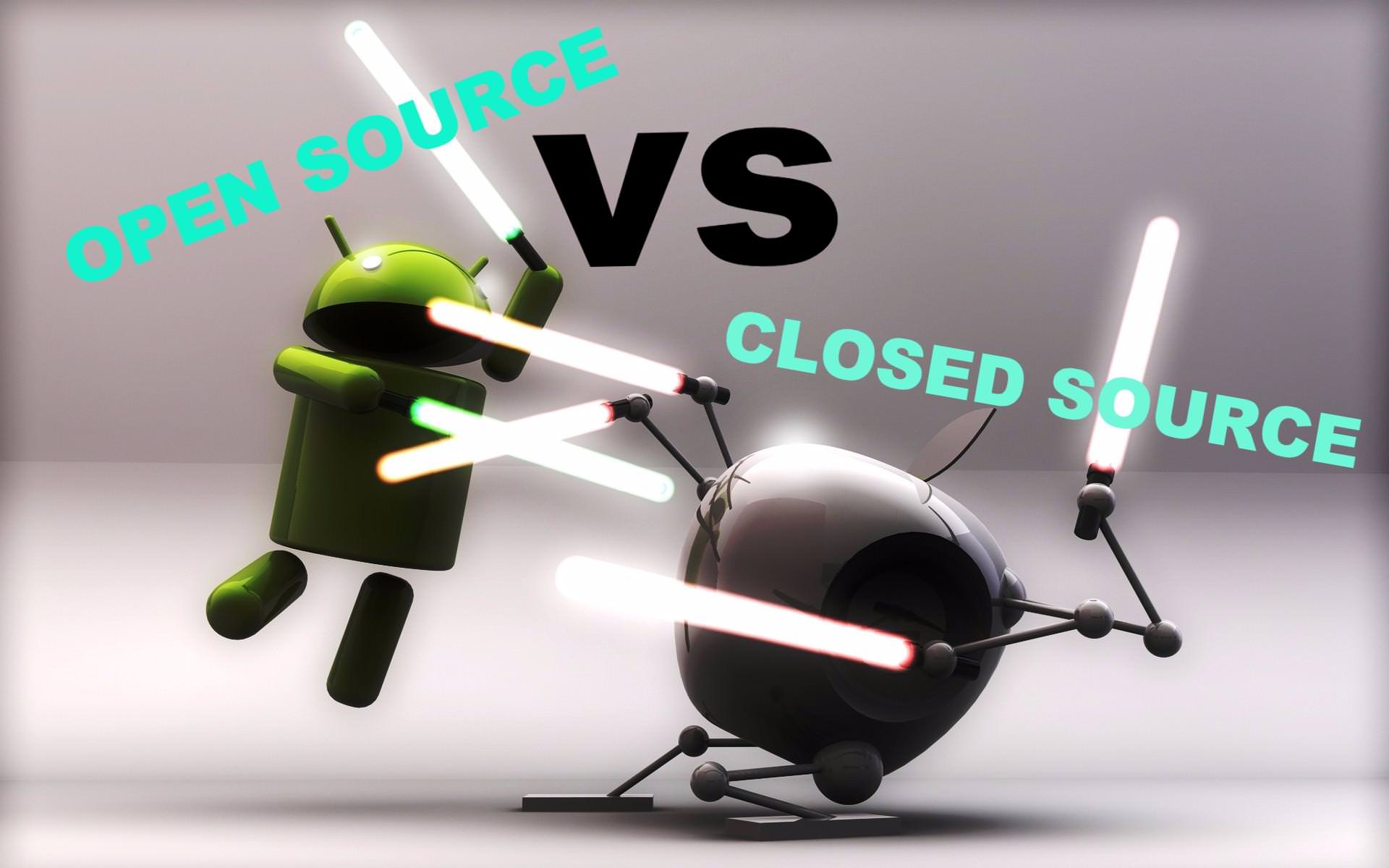 Apple and Google is a battle between closed ecosystem and open source, which is the same battle as star-shaped paradigm, distributed paradigm, centralized and hierarchical.

Open source software is available for the general public to use and modify from its original design free of charge.

Closed ecosystem is proprietary software distributed under a licensing agreement to authorized users with private modification, copying, and republishing restrictions. The source code is not shared with the public for anyone to look at or change. It’s an arrangement that most businesses would do to protect their product and to maintain control over their brand and the user experience offered to the customers. Think Apple rather than Android.

Today Android devices are widely used, there are over 1 billions users, and more than 85% of global smartphone market with currently 84 Open Handset Alliance companies customizing their products using the frame of Android, including popular brand such as Samsung, LG and Sony.

“Release early. Release often. And listen to your customers.” (Raymond, 2001)

Consequently, Android smartphones comes in abundant forms, offering users variety of choices ranging from functions, shapes, colours and prices. “Early and frequent releases are a critical part of the Linux development model. This belief reinforced the general commitment to a cathedral building style of development.” (Raymond, 2011)

Apple has full control and use of its restricted software, building an empire of its own. This can be a reason why Apple is lagging behind Android in terms of Operating System Market Share. IOS constitutes 27.96%, and Android 65.37%. Which is 2.5 times more.

“Provided the development coordinator has a medium at least as good as the Internet, and knows how to lead without coercion, many heads are inevitably better than one.” (Raymond, 2001)

However, in the battle of privacy, Apple, as a closed appliance, has built its own Walled Garden of IPhone, MacBook or IPods, thereby ensuring users’ personal information and data are safe and guarded by Apple. Meanwhile, Android is an open source, just like the Internet. Two Android users can be using very different version of the operating system and apps. Thereby when it comes to privacy, Apple wins over Android.

People who leave behind the Cathedral and embrace the Bazaar and knows how to play Linus’s game will highly benefit from open source software in the future. However, it doesn’t mean that individual vision and brilliance will not matter in the coming future, rather it can be amplified through effective construction of voluntary communities of interest.

It’s obvious that in the end closed source world cannot win from open source communities because there’s a difference of input of skilled time into a problem. This bring us to the questions of “Motivation”, because we have fun doing what we do. We’re proving not only that we can do better software but that joy is an asset. (Raymond, 2001)