In the lecture Dr Teodor Mitew described feudalisation as vague and widely contest term. Medieval society context was applied where focus was on the lords and peasants. Feudalism is a patchwork of practices spread over centuries in which the ruler or lord have all the control over the land and the use of it and the peasants were required to pay for the use of land and they were also required to comply with the rules and regulations.

If we mentally visualize this in modernized society, we are the peasants and at the same time, the Internet is the ruler. There are enterprise who own the right to accessible information, and there are ordinary users who have constraints placed upon them regarding the use of enterprise.

There is a large role played by the walled gardens in the feudalization of the Internet. This includes Apple App store, Facebook, Amazon, google play etc. It’s where we spend most of our free time, it protects us from the “the big band net” curating content hiding the unnecessary information. However there is some limitation, our personal metadata.

Apple’s Iphone is a great example of the walled garden- where a single individual controls the platform and has the right to access function and operation.

There are uncountable issues when talking about the Internet, but the major issues are privacy and surveillance (control). Advertising corporations are benefiting as their profit comes from the information of users and what they share, with the progression of social media such as Facebook, Twitter and Google. Surveillance is going to be a huge issue.

Mitew state in the lecture that,

“The more we know about you, the more valuable your data is, the more of it we want to keep”.

The internet knows more about us than our best friends. Mind Blasting thought to think is that everything we have done on the Internet is there somewhere. However to play in the wall garden of the Internet, we have to pay the price. 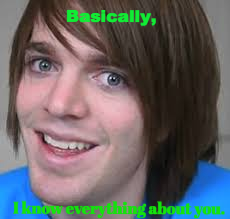 3 thoughts on “Feudalisation of the Internet”